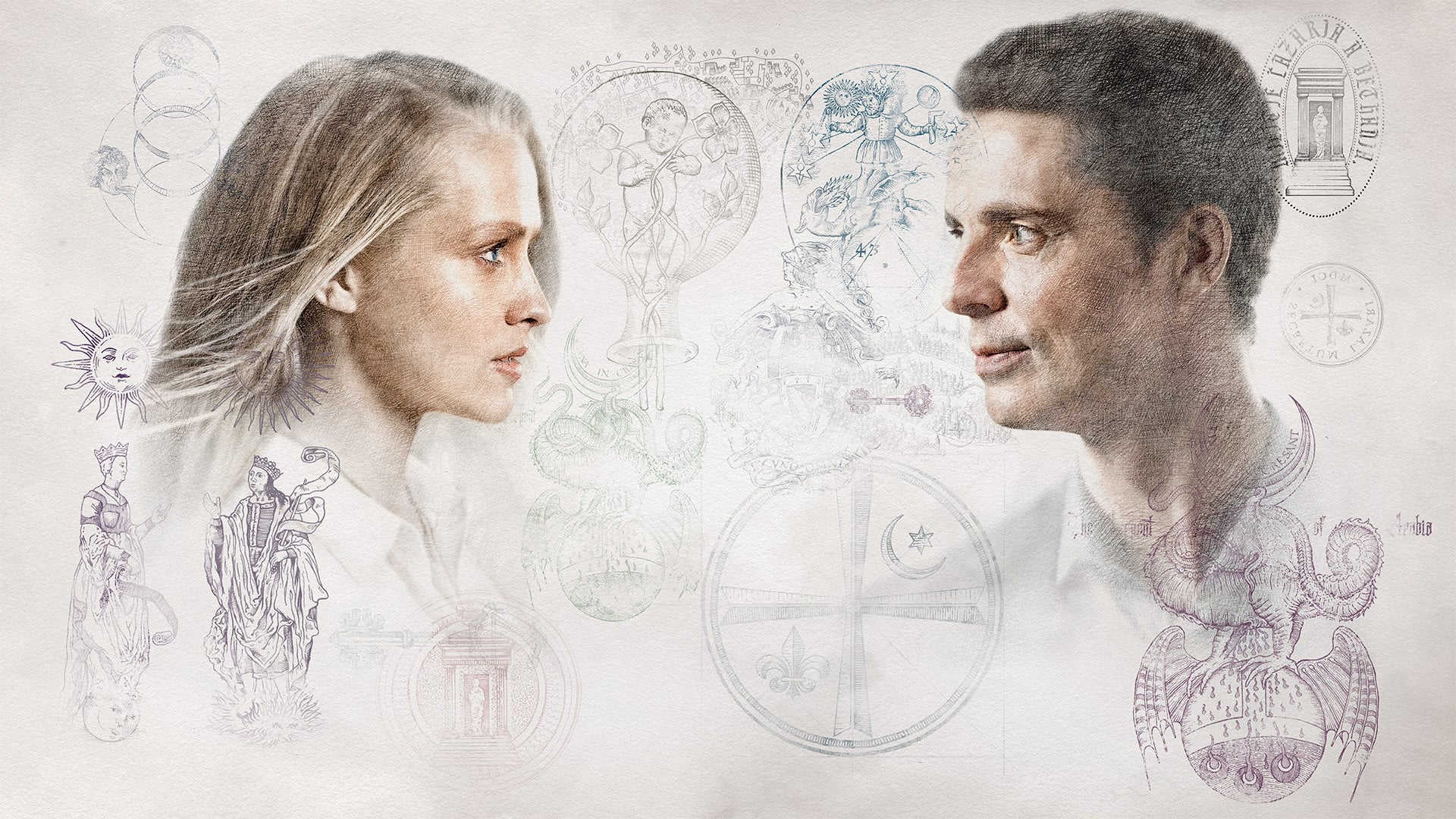 That’s part of the tricky stuff that is time travel… I’m sure that there is some sort of wibbly-wobbly explanation for it. I’ll take a stab at it and say that Benjamin used mind altering drugs and torture on Philippe so maybe his mind was so broken that a lot of the images made no sense to Matthew… Philippe was lost somewhere between sanity and oblivion.

Exactly what I was pondering; because Matthew would also have realised from Philippe that Hubbard (And Jack) were through Benjamin’s line.

Two reasons: the blood connection only really reveals recent memories, or at least things the victim has been thinking about recently; and Phillippe's memories were intentionally removed/scrambled by a witch (who is implied to be Janet) so that Benjamin wouldn't learn anything.

So Matthew would not have seen Diana in Phillippe's 16th century memories: those were way too long ago, and likely to have been affected by the witch's spell. Matthew also would not have seen time-travelling Diana fulfilling her promise to be with Phillippe in his darkest hours, because Phillippe would have done his utmost to not think about her.

(And if he did think of her, Matthew would not have know where to place her - just some random woman in his father's memories, easily overshadowed by all the pain he was seeing. When he met said random woman decades later, the vague memory would've just been yet another thing subliminally attracting him to her - a very tiny bit of self-fulfilling prophecy, as it were.)

I don’t understand how the Matthew who didn’t time travel could not hear Phillip’s loud proclamation accepting Diana into the family in the 16th Century. What have I missed?

It's pretty simple: 16th century Matthew never got anywhere near Diana. As in, she didn't even exist yet.

The way timewalking works is, if you go back to a time where you already existed, you replace yourself. However, everything that happened before you timewalked still happened: you just experience that time period twice. People you meet in the past only remember the second version of history, while you remember both versions.

What do you think?