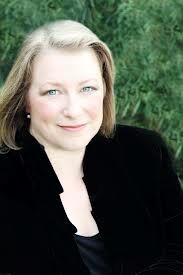 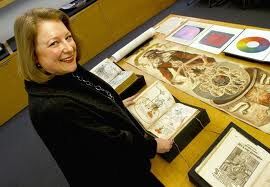 Deborah Harkness is the author of the All Souls Trilogy. She currently lives in Southern California and is working on the third and final book of the trilogy.

Deborah grew up in the suburbs of Philadelphia and has lived in western Massachusetts, the Chicago area, Northern California, upstate New York, and Southern California. She also lived in the United Kingdom in the cities of Oxford and London.

For the past twenty-eight years she has been a student and scholar of history, and received degrees from Mount Holyoke College, Northwestern University, and the University of California at Davis. During that time she researched the history of magic and science in Europe, especially during the period from 1500 to 1700. Currently, she teaches European history and the history of science at the University of Southern California in Los Angeles.

In 2006, Deborah entered the world of blogging and Twitter. Her wine blog, Good Wine Under $20, is an online record of her search for the best, most affordable wines. These efforts have been applauded by the American Wine Blog Awards, Saveur.com, Wine & Spirits magazine, and Food & Wine magazine. Her wine writing has also appeared on the website Serious Eats and in Wine & Spirits magazine.

Her career in fiction began in September 2008 when she began to wonder “if there really are vampires, what do they do for a living?” A Discovery of Witches is the unexpected answer to that question. The book debuted at #2 on the New York Times bestseller list, and was also a bestseller in the UK, France, and Germany. Thirty-eight foreign editions and translations will be published. The story of Diana and Matthew continues in the #1 New York Times Bestseller Shadow of Night. She is currently working on the third book in the All Souls Trilogy.

Retrieved from "https://allsoulstrilogy.fandom.com/wiki/Deborah_Harkness?oldid=4570"
Community content is available under CC-BY-SA unless otherwise noted.