Farren Blackburn
Episode 1 is the first episode of the second season of A Discovery of Witches. It is also the ninth episode overall in the series.

In Madison, Satu, Knox and Gerbert arrive at the Bishop house to find that Matthew and Diana have disappeared. The couple arrives in 1590's London and are confronted by a face from Matthew's past. Diana realizes 16th century Matthew is different.[1]

In the present, Peter Knox, Satu and Gerbert have managed to break into the Bishop house. Satu asks Knox if he can feel the magic Diana previously used in the room the trio are investigating. Knox thinks Diana and Matthew are making them run around in circles. However, Satu wonders why, if the pair were in such a hurry, they stopped to change clothes. Gerbert guesses they were going somewhere they couldn’t be seen in modern day clothes. Knox concludes Diana is a timewalker, and Gerbert agrees that she is powerful enough. Satu believes that Diana and Matthew will also be looking for the Book of Life. Gerbert remarks that the two lovers can’t stay in the past forever. He smirks as he says that he is very good at waiting.

In London, 1590, three witches gather around a fire late one night. One of them, much older than the others, confidently states that this is the All Hallows Eve of the prophecy. Goody Alsop further informs them that their "fierce witch" will arrive tonight.

In another part of London, Matthew and Diana arrive in the past and make their way into one of his homes in that time period. Matthew finds it odd that it appears to be empty and advises Diana to remain behind him. A door opens, revealing Kit Marlowe, who confronts Diana as an intruder. Matthew quickly makes his way back to her. He growls at Kit and orders him to stand down. Kit recognizes that Diana is a witch and, given Matthew’s odd behavior, assumes she has bewitched him. Matthew explains that he is of sound mind and proceeds to introduce Diana to Kit and to his servants, Pierre and Francoise, who have responded to the commotion. Matthew threatens Kit and insists he show Diana some respect, because she is his wife.

Later, Matthew mentions that they should have arrived in the country, not in London itself. Diana states that they were off from their destination by 60 miles. She wonders where she went wrong, but Matthew tells her that she got the important bits right like the day and year. Now that they are alone, he apologizes for Kit’s behavior. But Diana says it is all right because Kit was just being protective of him. She is however surprised that Christopher Marlowe is a daemon. Matthew warns Diana to keep the area where he fed on her covered up always to protect herself.

Per Matthew’s instructions, Francoise comes into Diana’s room and gives her some clothes that used to belong to Louisa de Clermont, Matthew’s sister. As Francoise helps Diana undress, she sees the branding on Diana’s back. She asks who did that to her, to which Diana replies that it was a fellow witch and that she and Matthew have not had it easy.

Eventually, Matthew asks Kit, Walter Raleigh, and Henry Percy for help in locating a witch that can teach Diana because her parents died very young. He and Diana tell the men present that the other matter they need help with is in regards to the Book of Life. Kit doubts its existence, but Diana assures him that it does in fact exist. As the men depart, Kit advises Matthew to keep Diana indoors and not be seen together with her to avoid arousing suspicion.

Matthew tells Diana he needs to go out to reach out to some people he knows for their help. Diana eventually retires to bed.

Meanwhile, a hooded figure is walking the streets of London late at night.

As she lays sleeping, Diana is soon woken up and makes her way downstairs. She doesn’t find anything amiss, but when she makes her way closer to the door, she sees a witch out and about. She decides to follow her, and when the other witch turns around, she mistakenly calls her Sophie. Thus, she deduces that this witch must be Sophie’s ancestor and the one who becomes her teacher. This would explain why in the future, Sophie has that chess piece. Matthew however, gets angry that she went out unsupervised. The two get into an argument over Matthew feeling like she isn’t sharing things with him. Diana, for her part, doesn't back down, and in turn asks him where he was tonight. Matthew chooses to not share anything further and Diana calls him out on the double standard. She was worried about him too, but he is choosing to not be honest with her.

In the morning, Matthew tells Diana to show him which building she saw the witch coming out, so he can put Walter on the case. She thanks him and the two proceed to kiss. Eventually Diana is dressed in period appropriate clothing, and as promised Matthew takes her out to walk about in town. She jokes to Matthew how she had always told her students that cities of the past would smell bad. Matthew responds that some parts of the city definitely do.

While Matthew is out paying his respects to William Cecil, Diana does some investigating and finds a secret room in the house. Francoise discovers her snooping, and Diana assures her that she knew Matthew was Catholic. However, she didn't know that the Matthew who lived in this time period had been hunting other Catholics. When he gets home, she confronts him, but all he can say is that it was his duty. His father Philippe de Clermont needed a spy in the English court at the time, and he fulfilled his role. He urges her to come to bed, and admits that Diana is the only thing that makes sense in his world. The two eventually kiss, as Diana accepts his answer for now.

The following morning Susanna Norman, the witch Diana had previously seen, is brought in by Matthew’s men. Matthew asks her to train Diana, but upon touching her, Susanna lies and says Diana is not a witch. An irritated Matthew asks her to not play tricks on him and to just tell the truth. Seeing how Susanna is trying to protect her, Diana tries to reason with her. The witch eventually agrees to test her by having her light a candle and stop a bell ringing. Diana tries a few times, but she cannot light the candle. Instead, she causes the nearby fruit to decay at rapid speed. Frightened, Susanna decides she wants no part in helping her and bolts. Diana pleads with her to be her teacher, but the witch tells her that power like Diana’s is the reason their kind are being hunted. Diana follows her outside, but she is nowhere to be seen.

Matthew joins Diana outside to reassure her. Their conversation is interrupted when a homeless boy tries to steal from Diana. Angry, Matthew threatens the boy, but Diana instead gives him something to eat and brings him inside. He says his name is Jack. When questioned further, he states that he has no family to speak of. Diana asks if he has heard anything being said about her. Eventually the boy reveals that people are saying Diana is a witch. She asks him why he isn’t afraid, to which he replies there is no such thing as witches. Diana then asks the boy if he perhaps knows where the rumours started. Jack tells Diana that it was a nearby tavern called The Lamb

Later, Diana and Matthew are having dinner with his allies. Diana tells Walter that she hopes what he saw earlier with her powers hasn’t scared him out of helping them. He replies that it hasn’t and is more committed than ever. Through casual conversation with the men, Matthew discovers that it was Kit who gossiped at the Lamb about Diana being a witch. Matthew asks Walter and Henry to go, which leaves Kit alone with the pair of lovers. Kit is defiant and says he would do it all over again if he had the chance. Matthew begins choking him in anger, but he is stopped by Diana who says Kit cannot breathe.

Seeing how determined Kit is in getting rid of her, Diana tells Matthew that they have to tell Kit the truth. Because he knows Matthew so well, he won’t stop until she is gone. Matthew calms down, but not before warning Kit that he won’t get another chance with him after this. Diana begins to explain to Kit that didn’t lie when she told Walter she was from Cambridge. She is in fact from Cambridge, Massachusetts, a colony in the New World, not as it currently is but in the future. Matthew tells Kit that he knows Diana is a timewalker because he came with her to the past. Diana further explains that the reason he doesn’t quite recognize Matthew is because this is Matthew from four hundred years into the future. Kit asks where the Matthew of this time period has gone. All Diana can say is that they don’t know, but that it's possible that he was displaced when the two arrived in this time period. She finishes up by saying that once the two of them leave, things should go back to normal. Almost like they were never there.

Matthew tries to plead with Kit, saying that if he was ever his friend, to accept both of them now as they are. Or he can leave his house and never come back. But either way, if he breathes a word of their secret to anyone, Matthew vows to end Kit.

Later that night, Francoise hands Matthew a letter with the royal seal. We soon see Matthew out on the water rowing a boat, then making his way through a passageway.

Diana goes to look for Matthew but doesn’t find him there. Instead Kit is there and tells her that he went out. She asks if Matthew was all right, to which Kit replies that it was difficult to tell. Diana tells Kit that is often the case with him. Eventually, Kit warns Diana that if her love for Matthew is sincere, she needs to be aware that while her Matthew is gentler than the man he knows, being back in this time period, wearing the cloak of his old self, will change him. When all is said and done, he will no longer be the Matthew she fell in love with. Moreover, she tells Diana that he has seen Matthew at his worst and admits that he thinks Diana is out of her depth. As they continue to sit by the fire, Kit continues talking, saying that she should not assume for one moment that she knows Matthew. Because she likely felt like he had singled her out in a crowd of thousands. Finding her exceptional in a way Matthew likely couldn’t define. Even so far as making her feel like all those lifetimes he lived before were just marking time until he met her.

Elsewhere, Matthew watches as an old man is killed. 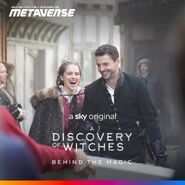 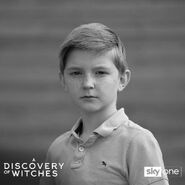 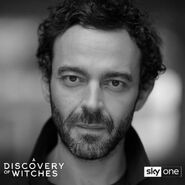 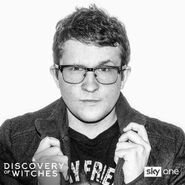 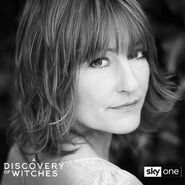 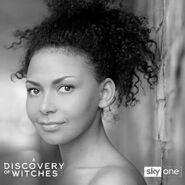 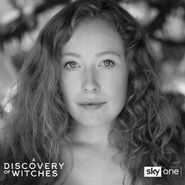 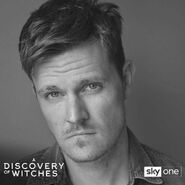 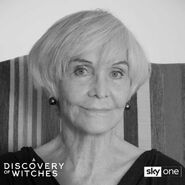 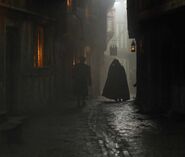 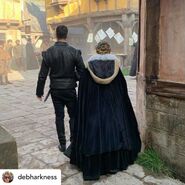 Retrieved from "https://allsoulstrilogy.fandom.com/wiki/Episode_1_(Season_2)?oldid=8311"
Community content is available under CC-BY-SA unless otherwise noted.