Marcus Whitmore is a vampire who worked as a healer during the Revolutionary War, where he was first introduced to Matthew in 1777. He was living in New Orleans, and causing havoc, around the time of the Louisiana Purchase. He works in Matthew's genetics lab at Oxford with Miriam. He is portrayed by Edward Bluemel in the television adaptation (A Discovery of Witches) of the All Souls trilogy.

In the books, he is described as energetic, of average build, has blue eyes and blonde hair, and his appearance reminds Diana of a California surfer. He also appears to be in his late twenties. Marcus assumed the title of Grand Master of the Knights of Lazarus when his vampire father, Matthew de Clermont, stepped down.

Marcus Whitmore was originally a field medic and surgeon's assistant in the American Revolutionary War. During the Battle of Brandywine in 1777, the Marquis de Lafayette from France was wounded and brought by a French soldier, Matthew Clairmont, to be cared for. When the Marquis was ready to leave, Marcus was chosen to stay on as his personal nurse to aid in his continued recovery.  When the Marquis left for France, Marcus went back to another detachment.  During the following years, Matthew would seek out Marcus to treat the soldiers in his regiment, and commented to Marcus that he was a gifted healer.

Marcus was in Yorktown in 1781 when he caught a fever.  After four days of suffering, Matthew arrived and found him on a cot, unattended and dying. Matthew decided to share his story with the dying Marcus. Marcus accepted Matthew's offer to make him a vampire. Matthew promised to send Marcus to university to learn medicine. Marcus feared death far more than the existence that Matthew had explained to him.

At the beginning of his new life as a vampire, Marcus fed on ill British soldiers.  Matthew developed his new son's ethics in the process. After the Louisiana Purchase, Marcus was in New Orleans and caused a lot of trouble for the de Clermonts. Marcus had made many new vampires, all of whom risked human discovery due to their hell-raising. Matthew, along with Juliette Durand, cleaned up the mess, causing Marcus's brood to become considerably smaller in number.

A Discovery of Witches

Diana Bishop first meets Marcus in Matthew Clairmont's laboratory. Immediately he assumes Diana is going to give them some of her blood to test for their records, which angers Matthew. They explain to Diana that they believe all of the supernatural species are going extinct and their test results so far. Diana decides to give them her blood, not only to help them in their study but to help discover some more information about her magical powers. Marcus eventually urgently calls Matthew to discuss Diana's results from the lab. Marcus argues with his father on his approach to the dangerous situation and outwardly opposes Matthew's relationship with Diana. While Matthew and Diana are in France, Marcus calls Matthew to inform him that someone had attempted to break into their laboratory, causing Matthew to leave Diana at Sept-Tours for Oxford. However, Matthew returns to her shortly after. After Diana is captured and tortured by Satu, Matthew decides to bring her to her aunts' home in Madison, New York. While there, Matthew receives a call from Marcus who has news to give Diana. Diana wants Marcus and Miriam to stay in her aunt's house explaining that no son of hers will stay in a hotel. Upon meeting Sarah, Marcus explains that her namesake had taught him to set a broken leg after the Battle of Bunker Hill. Marcus and Miriam must then explain why they came all the way to New York to give Diana their news. They explain that Diana's magical abilities might allow her to have children with Matthew even though he is a vampire.

Dr. Marcus Whitmore, now in charge of the Knights of Lazarus, is sent by Ysabeau to Sotheby's auction house to see if an artifact from the past actually contains images of timewalking Matthew and Diana. There he meets Phoebe Taylor, a junior employee. She is skeptical of Marcus, having a hard time believing that someone so young could be a doctor and so important to the auction house. She finds herself annoyed with him and ready to call security on him. Marcus is immediately curious about her and flirts, although Phoebe shows no interest. She is even more surprised to find that the objects for which Marcus is there are miniature portraits by Nicholas Hilliard. They are the ones of Matthew Clairmont and Diana Bishop that they received back in the 1590s. Marcus is shocked by what Ysabeau has sent him to collect and Phoebe can tell there is a longing in his face as he looks at the portraits. As Marcus is about to leave, he asks Phoebe out to dinner. Although she declines his offer initially, he tells her he will see her the next day. Months later, Marcus is back at Sept-Tours. He has been trying to procure both the telescope and the mousetrap from 1590s associated with Diana. Marcus has brought Phoebe Taylor with him, the two are in love and have become inseparable. All in Sept-Tours are waiting for the return of Matthew and Diana.

The Book of Life

Marcus has become Grand Master of the Knights of Lazarus, since Matthew is traveling in the past. He and Phoebe are at Sept-Tours. He feels responsible for Emily Mather's death. He wants Matthew to start a scion, a branch of the de Clermont family, of which Matthew would be the leader. He tells Matthew, and later, Baldwin and the guests at Sept-Tours, that the Knights of Lazarus will support the formation of the scion. Marcus pushes for the revocation of the covenant that restricts vampires, daemons and witches from associating closely with each other. Marcus and Phoebe agree that Phoebe will become a vampire, so they can stay together for a long time.

Marcus Whitmore believes in honesty, freedom, and equality; even for humans. In that context, Marcus is a rule-breaker, a radical and a trouble-maker, but with a handsome, boyish charm. In 1781, Marcus was near death from fever when Matthew was moved to offer the young man a second chance: an eternal life. Over the centuries, Marcus has found meaning in his life through medicine.[1]

Marcus appears to be English, though he later tells Phoebe Taylor he is American by birth. He is brunette rather than blonde. When we first see Marcus, he is leaving work at the hospital with his friend and colleague James. When James is fatally struck by a car, Marcus attempts to sire him, but the process fails. Matthew brings Marcus to his lab to work with Miriam as both a research collaborator and test subject.

A Discovery of Witches Season 1

A Discovery of Witches Season 2

A Discovery of Witches Season 3 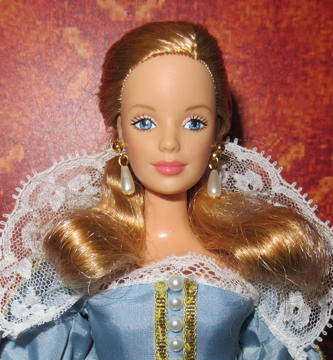 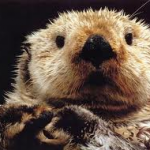