All Souls Trilogy Wiki
Register
Don't have an account?
Sign In
Advertisement
in: Characters, Vampires, Male Characters,
and 4 more

Commander of the Knights of Lazarus

Philippe de Clermont is a vampire in the world of the All Souls Trilogy. He was the husband of Ysabeau de Clermont and step-father to Matthew Clairmont. He is described as looking like a Greek god. 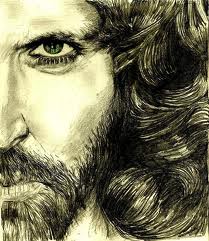 Philippe was fond of war, women and wine. He ruled over Sept-Tours and to some extent behind the scenes in several countries over many years. He started the Order of Lazarus, participated in the Congregation when it was established during the Crusades, and did not stop the covenant from being established. Philippe also calls himself Alcides Leontothymos.

Philippe commands Matthew to Sept-Tours after Gallowglass reported that Matthew had disappeared.  The Matthew that had disappeared was the Matthew that existed in the 1590s, while the Matthew that arrives at Sept-Tours is the Matthew from the future. Matthew brings Diana with him to Sept-Tours, since he cannot safely leave her in London and he cannot keep her a secret from his father. Matthew is terrified to see his father again, knowing that his father is dead in the future and it has been decades since he last saw him. Philippe is furious with Matthew and that Diana, a witch, is in a relationship with his son. Diana explains their situation to Philippe. Philippe is already aware that both she and Matthew are from the future. He is surprised when he hears that Diana has been to Sept-Tours in the future and that his wife, Ysabeau, gave Diana her ring. It is then that he realizes that he is not alive in their present and does not wish to know when or how he dies. He agrees to let Diana stay under the Knights of Lazarus's protection in the manor. He does not allow Matthew and Diana to sleep in the same room as he can tell that they are not properly married and have not consummated their relationship. Matthew is angry but cannot change his father's mind in the matter. Matthew is unsure if coming home was a wise idea and does not fully trust his father.

Philippe gives Diana the keys to Sept-Tours as she is the highest-ranking woman at the manor and it is now her duty to become accustomed to the ways of his home. He takes his son hunting and over time Matthew behaves guarded and tense around everyone in Sept-Tours. Philippe tells Diana that one day she will leave Matthew.  She doesn't understand at first but realizes he means with her death, and Matthew will be so devastated that he will follow her with his death. Philippe tells Diana that she can find Matthew in the church in the village. There Matthew admits to Diana that he was the one that killed Philippe when he begged for it after being tortured by the Nazis. One day, Diana finds Philippe and Matthew sword fighting in the hay barn. Philippe is besting Matthew and causing his son's blood rage to come out.  Suddenly, Philippe reveals that he knows that Matthew has been behaving so removed because he feels guilt for killing someone. Philippe realizes that Matthew kills him in the future and tells his son that he forgives him. Matthew is overcome with emotion.  He and his father can once again be close before he and Diana must return to London.

The Book of Life[]

Philippe as a ghost is chatting with Emily as a ghost at Sept-Tours. He tells her that endings, beginnings, and change are ahead.

In A Discovery of Witches Season 2 before Diana and Matthew's wedding, Philippe takes both to the temple of The Goddess Diana/Artemis the Greek goddess of the Hunt. Often called The Goddess by Witches, she is worshiped with her three aspects being Maiden, Mother and Crone each providing and being the source of a different type of Magic. At the temple, Philippe being so ancient, wise and powerful is shown to possess the ability to summon the goddess despite not being a Witch with wind whipping around the temple as he chants in English and Ancient Greek for the Goddess to bless Diana and watch over her through her journey. Philippe is the only Non-Witch shown with the ability to use magic.

A Discovery of Witches Season 2[]