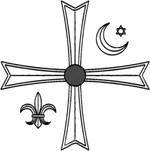 Vampires are one of the few supernatural beings depicted in the All Souls Trilogy. True to their mythological counterparts, the vampires of the series are immortal blood-drinkers who were originally human before being converted through a blood exchange followed by physical death. Matthew Clairmont explains that vampires mate similar to lions or wolves: the female chooses her companion, and if the male agrees, they are mated for life. This becomes the sacred link in vampire social circles, as any attempt on a mate's life will result in vicious retribution.

Vampires are made, not born, from human stock. There are long-standing cultural prohibitions against turning a witch or daemon - considered higher life-forms than humans - into a vampire. Humans, however, are perfect candidates. Vampires select potential humans according to their needs at the time, whether that be a mate, soldier, assassin, skilled servants, or to fill out their clans. Once the humans are selected, the vampire sire or maker drains the human of all its blood. The moment the heart stops beating, the vampire forces the human to drink enough of the maker's blood to bring the heart and their rest of their body back to life. Vampires call this process "rebirth". Vampires thus have two birthdays: their mortal and human birthday, and their vampire rebirthday. Once made, vampires experience up to five years of vampire infancy. During this time, they are under the almost constant supervision of their maker or another powerful member of their family while growing accustomed to their new talents and abilities.

Genetically, vampires are distinct from the human and daemon population because they possess twenty-four chromosomal pairs, much like witches. Vampire blood brings ordinary human genetics to its greatest, most extraordinary potential, conveying preternatural beauty, longevity, strength, height, and senses to the former human (there are rarely ugly vampires). They have increased strength, speed, and senses (contrary to folklore, they don't fly or shapeshift into animals), and are described to have long and beautiful features. However, in modern times, vampires find it difficult to make new vampires as there have been more bloodless corpses found in the supernatural world that are the unsuccessful attempts of siring new vampires.

Though resistant to the diseases that affects warm-blooded beings, vampires are subject to a genetic illness called "blood rage". Once known as "the Vampire Curse", this illness leads to hyper-agression and insatiable desire to hunt and kill. While all vampires need to hunt for physiological and psychological reasons, vampires afflicted with blood rage are unable to stop themselves from doing so. During the Vampire Wars of antiquity, vampires with blood rage were highly desirable and efforts were made to raise armies of blood-rage vampires. In the aftermath of the wars, however, vampires deliberately exterminated others who exhibited signs of this disease. However, as Diana and Matthew began to uncover the secrets of the Book of Life, they discovered that the Vampire Curse may also bring a surprising benefit; blood rage actually holds the key to a vampire's unusual ability to produce natural, as opposed to made, children.

Vampires have strong family bonds and prize loyalty to family above all else. They are hierarchical and obedience to the leader of the pack isn’t up for discussion. Unlike Daemons they follow the rules (well, the vampire code of law and order, that is). They avoid being centre stage preferring solitary occupations where they can hide in plain sight and are possessive in love. When they choose a ‘mate’, the commitment will last centuries.

While humans are the ultimate prey animals, vampires are the consummate predators. Were it not for the human aggression and the devastating Vampire Wars of the late classical and early medieval periods, vampires might have become the dominant population on Earth. The common warm-blooded opinion of vampires is that they are cold, single-minded, and dangerous (to witches, vampires feel like an icy and focused sensation), whereas vampires themselves are proud of their elegance and discipline. They are charming yet have a tendency to unveil a darker side when they smell blood.

Vampires are physically stronger and faster than humans or witches, but they don't have supernatural powers. They are usually stunningly beautiful, and their bodies are very efficient; they run cold and don't need to eat frequently; their hearts don't beat often; they breath very slowly and don't need much sleep. This is because they aren't fully alive. They are very difficult to kill, because their blood has properties to heal their bodies quickly after injury, but they are not fully-immortal. They can be killed through massive blood loss, by causing them to bleed out entirely without replacing the blood, or by burning them.

Vampires believe that they are at the top of the food chain as they feed off of warm-blooded creatures, including humans and the majority of animals; they avoid feeding of daemons (although they make an occasional meal under certain circumstances) and they don't feed off of witches, and certain animals such as wolves, horses, or dogs.

Once a vampire has been made and the maker is convinced that the newly-turned vampire is now self-sufficient (initial transitioning period is difficult one for newborns), the vampire begins to establish a new identity. Vampires cultivate passions and interests to prevent themselves from falling into boredom and depression as a result of their prolonged lifespans. This means that they are often found in careers that reward long-term thinking (these include investment banking, art collecting, scientific research, and real-estate). Because they live so long, vampires are adept at a kind of shape-shifting, moving to new countries and acquiring new language skills and identities, new jobs, new houses, new friends and lovers. This is how they not only survive but thrive.

Most of the common lore about vampires, which were shaped by human fears, is entirely wrong. Vampires can go out in sunlight; holy water has no effect on them; they can be killed by all kinds of bullets (not just silver bullets); they do not have fangs; they cannot be killed by stakes as a result of their strong skin; and they can consume more than human blood.

Though vampires are capable of consuming foods such as wine, raw meats, nuts and berries, vampires naturally feed off the blood others. When feeding, vampires take blood from the prey's arteries or veins after tearing through their flesh with sharp teeth; vampires do not have fang-straws as humans believe. While they often drain an animal food source of its blood and thereby kill it, they try not to kill their human prey as that raises too many questions. Instead, they use a bit of their blood to anesthetize and confuse their victim. However, fear is extremely appetizing to vampires, and they would prefer to drink from humans they have hunted and chased for a while. Over time, vampires have learned that feeding on drug addicts, drunks, and other "invisible" humans is easier, because they can skip the niceties and get right down to feeding.

Vampire blood can keep victims in thrall and, with its curative properties, can also be used to heal human wounds. Vampires also gain knowledge of another creature by drinking its blood; they see the creature's memories through it. Vampires take blood from the neck only if its from strangers or subordinates, as its considered an aggressive act in their culture. They bite their mate near the heart, from "the heart vein", as a means of achieving intimacy. Vampire fledglings are fed from the maker's wrist or elbow.

The single greatest need vampires have, other than hunting and feeding themselves, is to find their mate. Vampires are drawn to their mates through a combination of affinity and chemical compatibility. The bond between mates is irresistible and lasts for a lifetime. The intensity of chemical and emotional responses to mating make it difficult for vampires to let their partners out of their sight, and vampire widows or widowers often attempt suicide to escape the physical and mental anguish associated with the loss of their beloved. Some vampires do mate again, though this is rare. Vampire mates may be other vampires, or they may be humans. In the case of human mates, difficult decisions must be made about whether to turn them into a vampire. Vampires extraordinarily protective and possessive of their mates and mark them with the vampire's scent to indicate ownership. A vampire will never touch another's mate without permission as this is considered a hostile action.

Vampires have a strong sense of family that is similar to that of wolf packs. The head, or sire, of a vampire family - also called "a clan" - has absolute authority. Etiquette requires that this head of the family be addressed as "Sieur". The clan's sire is almost always male, though there have been famous exceptions, such as Miriam Shephard. The sire's mate occupies the second highest rank and authority in a vampire clan. When a sire is not mated, that honor can be bestowed to another. Vampire clans are extremely hierarchical, and disobedience is not tolerated. Insubordination often leads to death, and in some cases, large vampire families are divided into scions with semiautonomous sires who report back to the main sire clan. The term "sire" can also refer to the vampire who gave his or her blood to create another, though "maker" is more commonly used among vampires. In addition to making full-blooded vampire children, vampires also have a tradition of adoption. Being the adopted, or "blood-sworn", child of a vampire accords them all the rights and privileges of belonging to a clan without having to become a fully fledged vampire.

Bloodlines are extremely important in vampire culture, and even the blood-sworn child of a great vampire sire would be higher of status than the full-blooded child of another subordinate vampire. According to legend, a vampire's blood vow sings for a year and a day. All vampires can hear it, but the song is particularly loud and clear to those who carry the maker's blood in their veins.